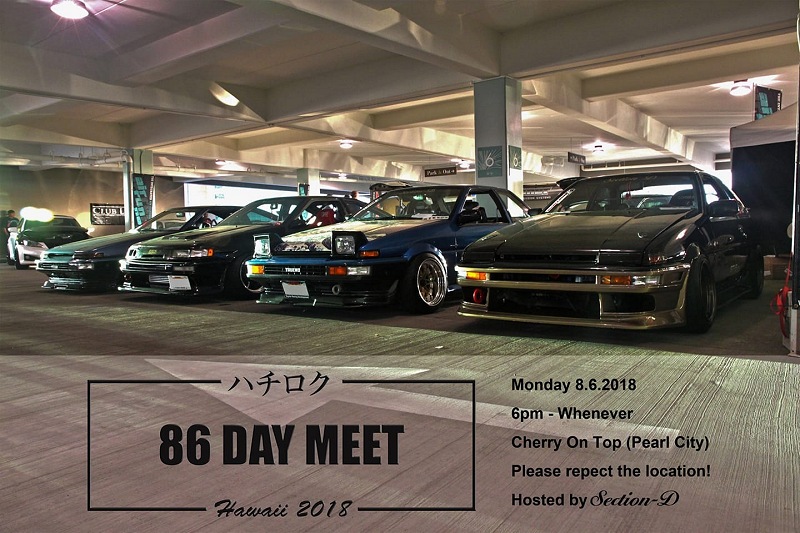 Section D held their 86 Meet for 2018 on Monday, August 8th, 2018 within the Cherry On Top parking lot area in Pearl City, Hawaii bringing together first generation & current generation 86’s and a whole lot more all under one stage 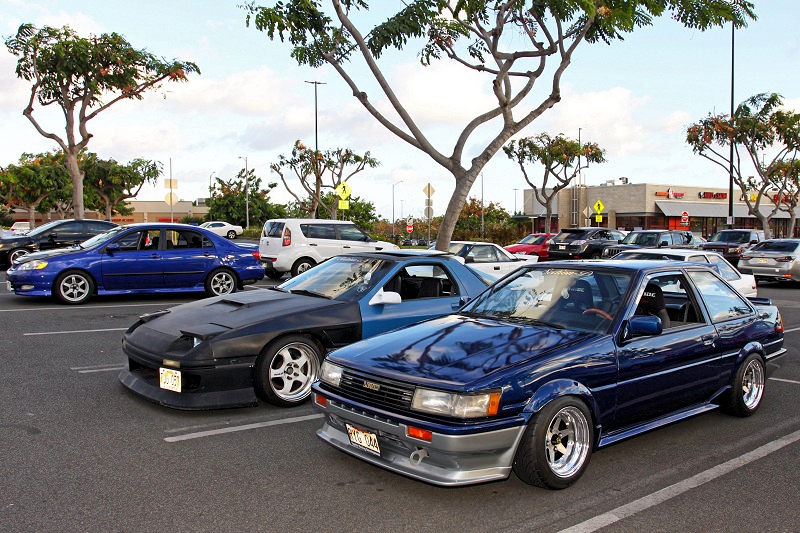 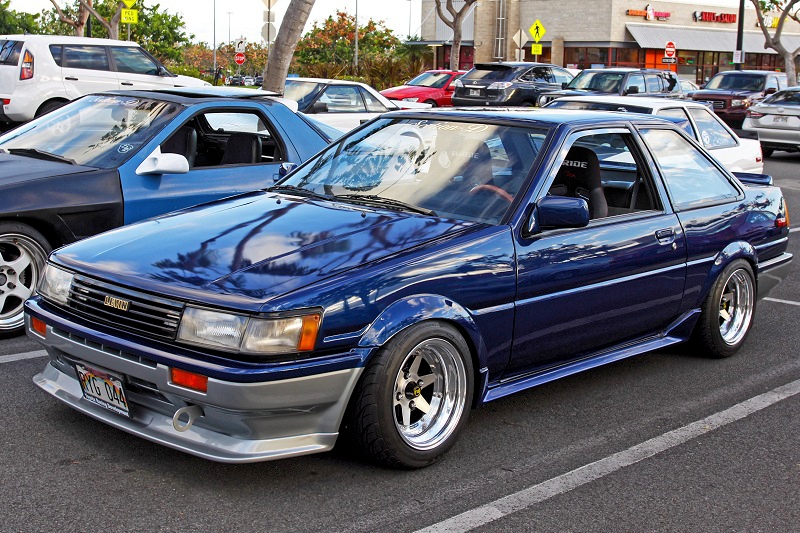 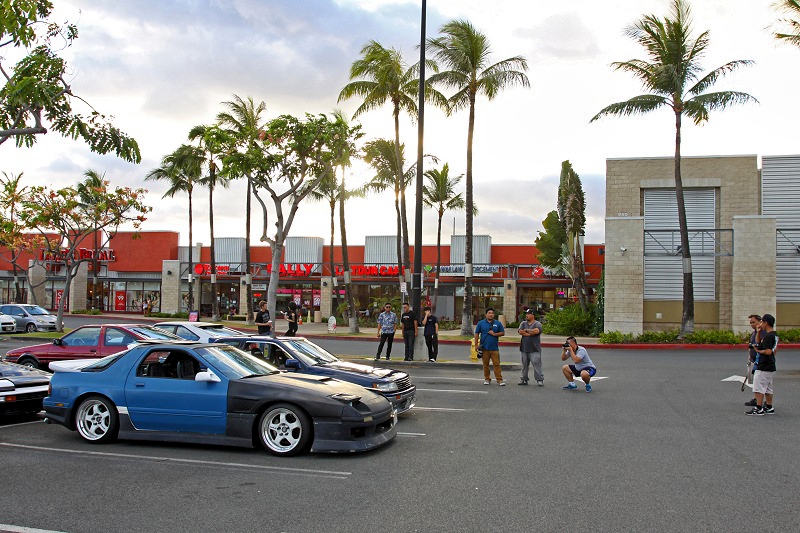 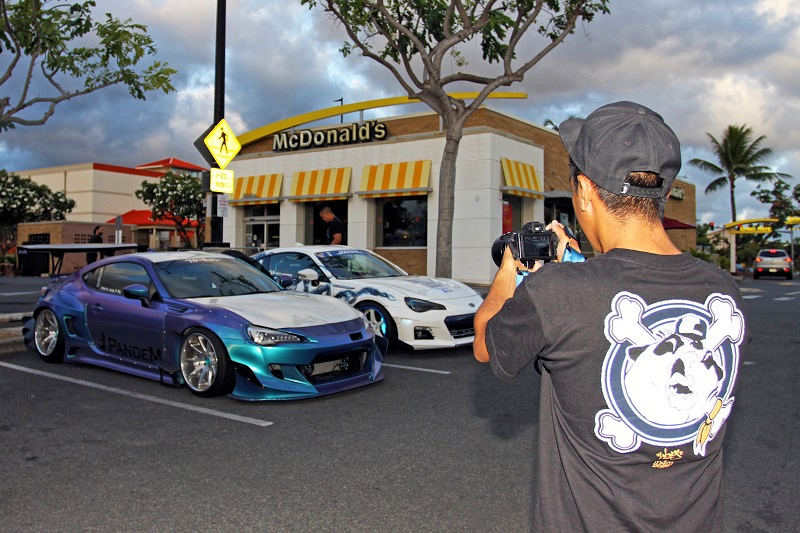 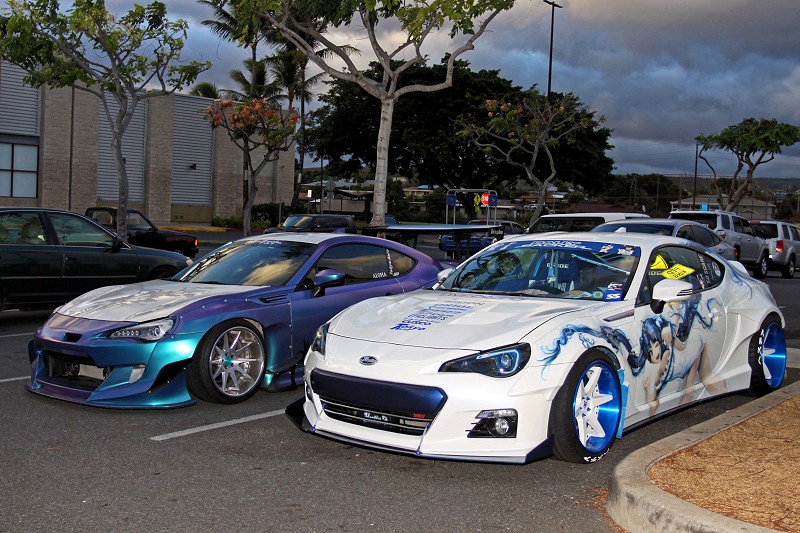 The sun began to set and it was time to head home hence the reason to why I didn’t have more photos from the meet as many, many more cars rolled in later during the evening. I was tired. I worked an 8 hour shift prior to the meet, and was still recovering from the previous day’s event at the beach with alot of Heinekens, Coronas, and red cups filled with Crown Royal. Drinking a variety of alcoholic beverages usually doesn’t end well with yours truly, but at least I didn’t palu this time around lmao. It is what it is

Be sure to check out our numerous “86” features over at our website as well! Links found below!