OSIXHI aka Old School Imports X Hawaii held their “Da boys are back in town” Meet & Greet on Saturday, March 9th, 2019 within the Waikele Shopping Center fronting the numerous food trucks that could be found within the area 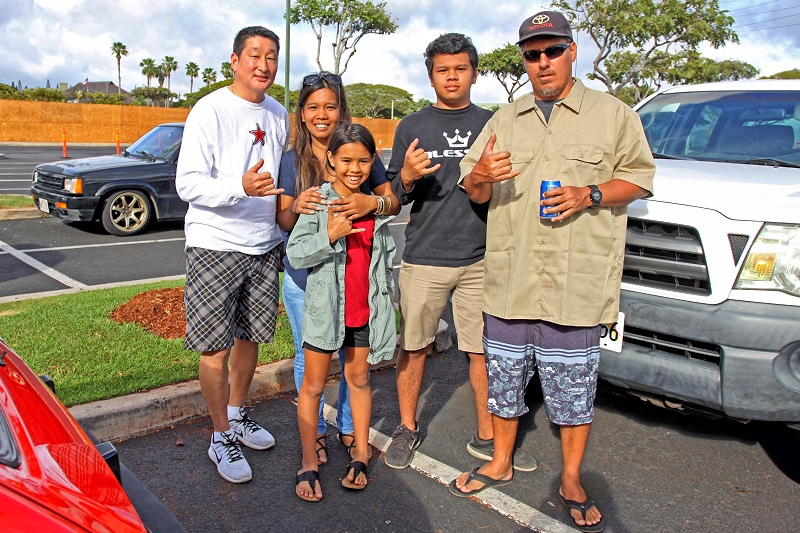 Smitty, Wendz, & Ohana of the Big Island were here on Oahu for a couple of days so before they left Tommy Dolormente of OSIXHI decided to round up all them old school imports for a Meet & Greet 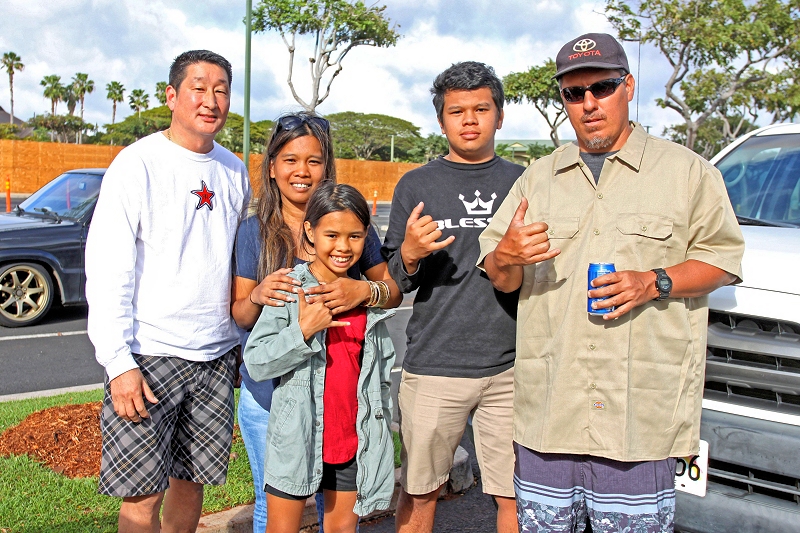 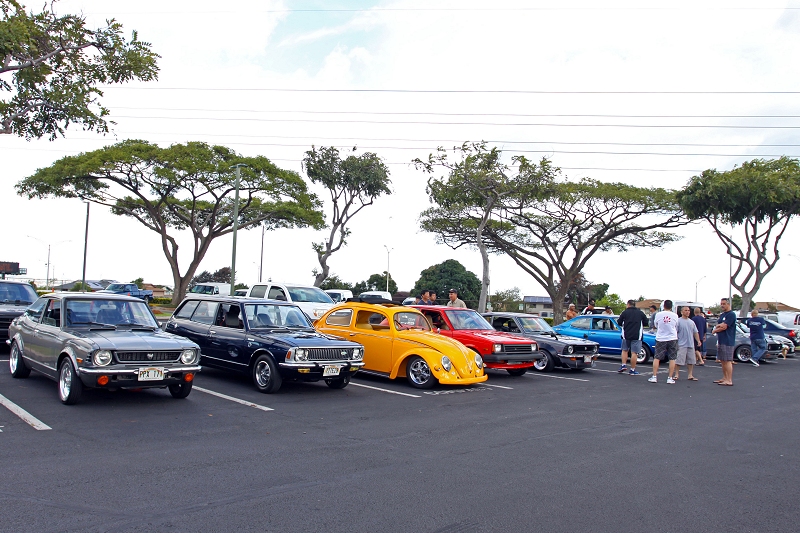 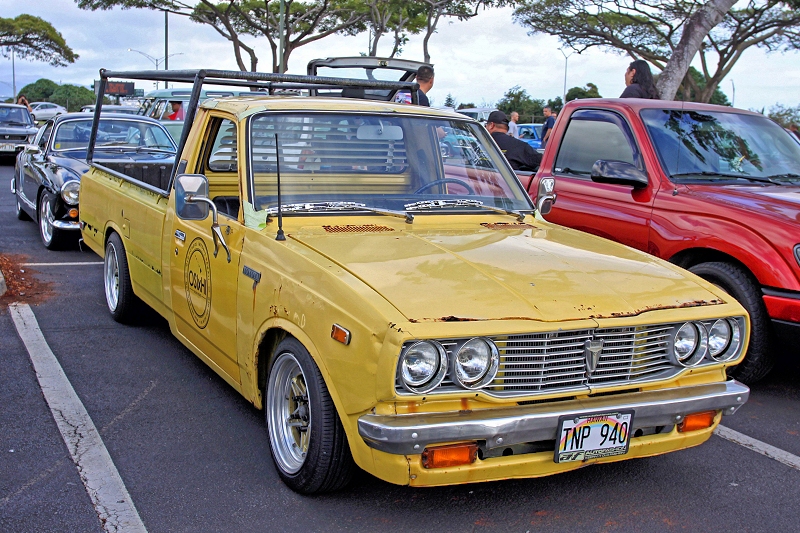 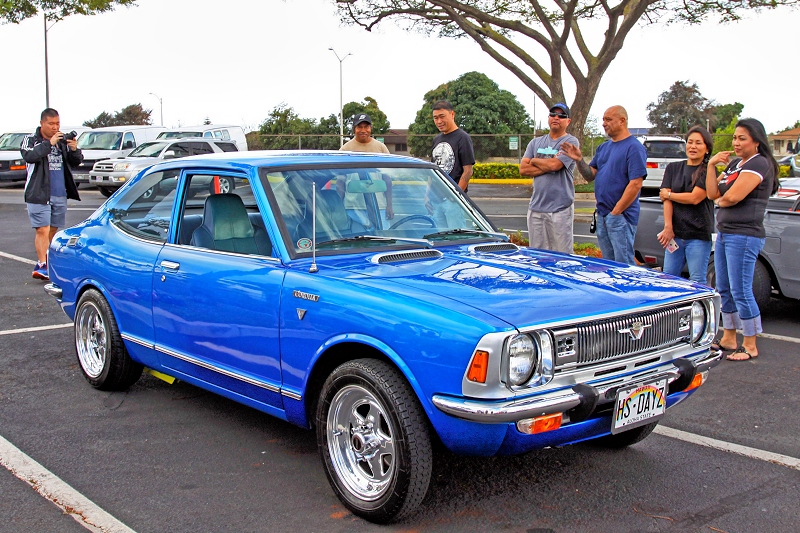 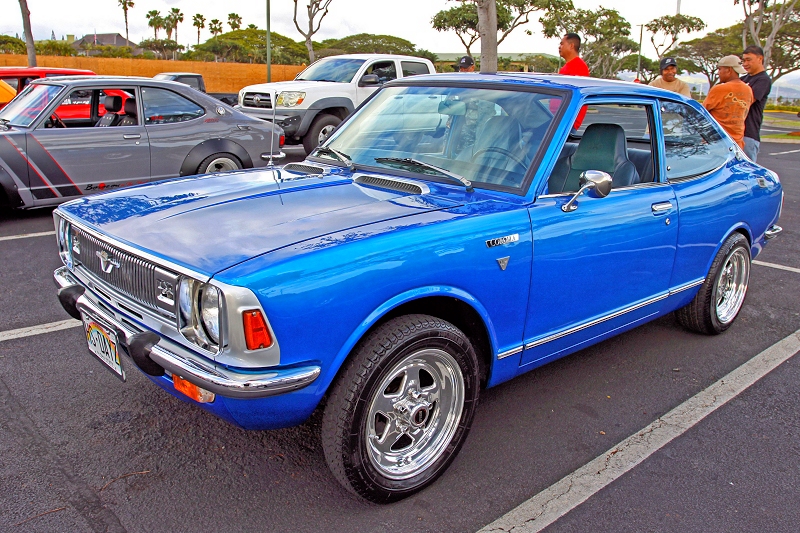 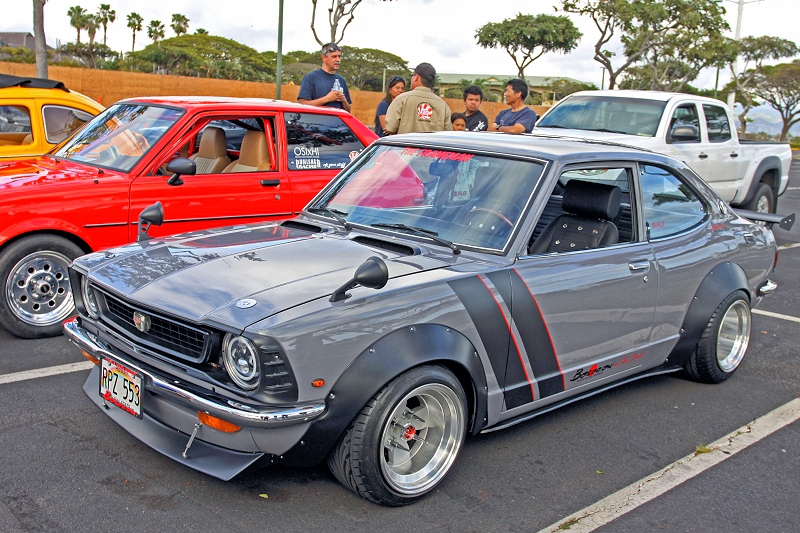 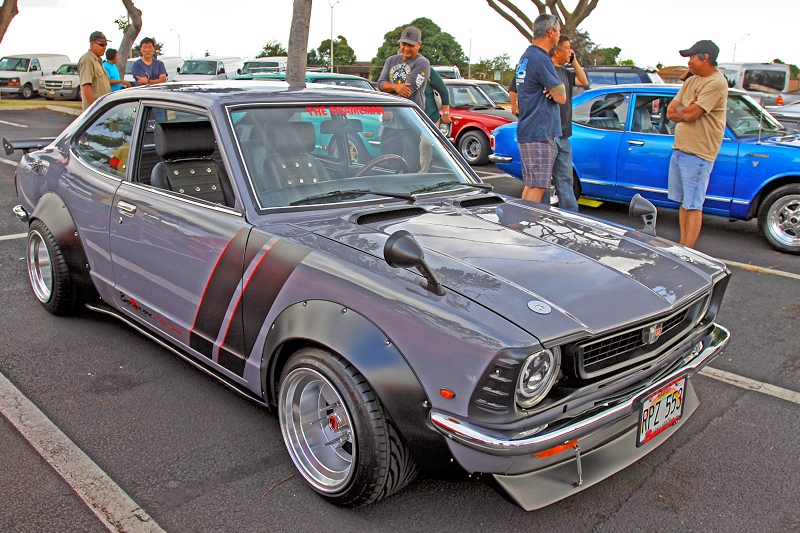 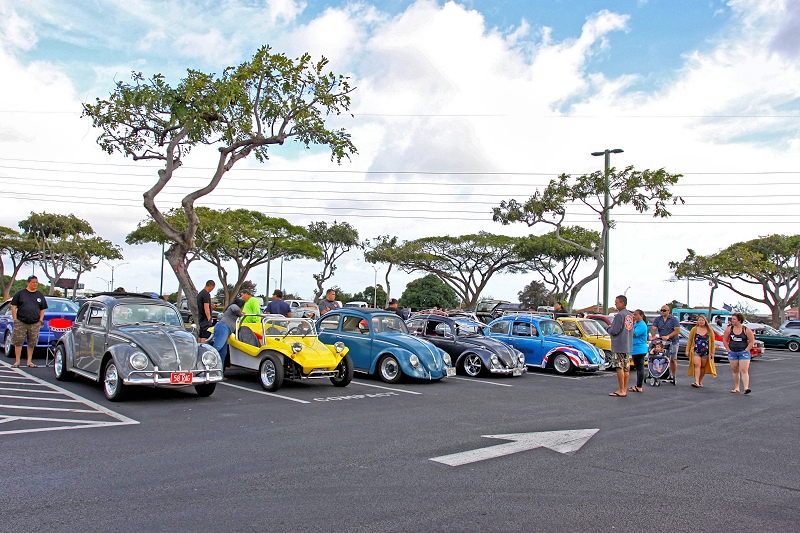 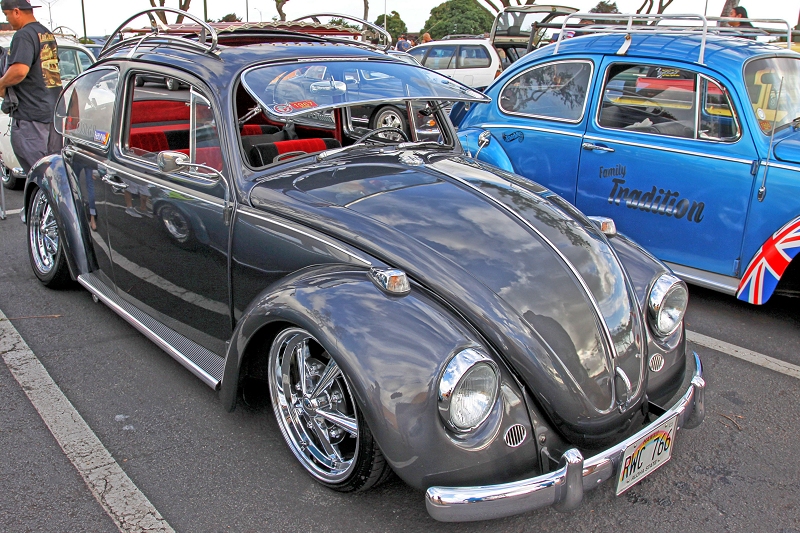 Eldin Tomas’s “Rockefeller Gray”1967 Volkswagen Beetle has always been one of those vehicles that I cannot walk by and not take a photo of it. Beautiful build from top to bottom 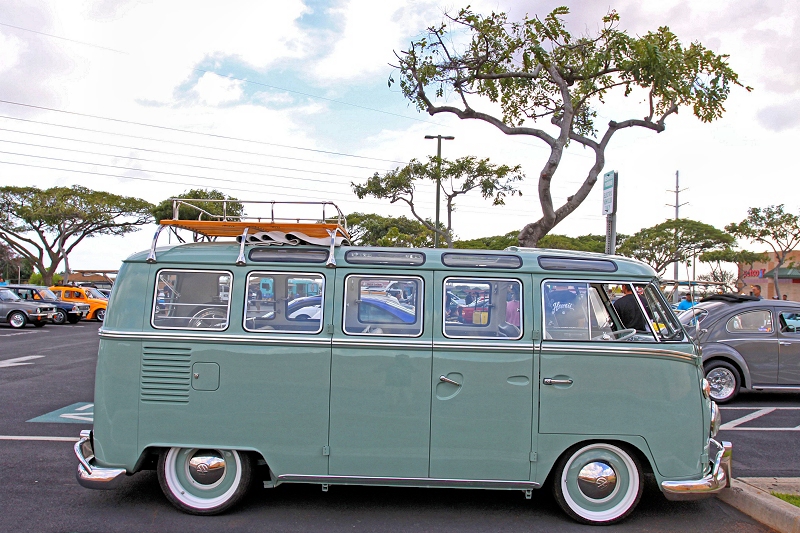 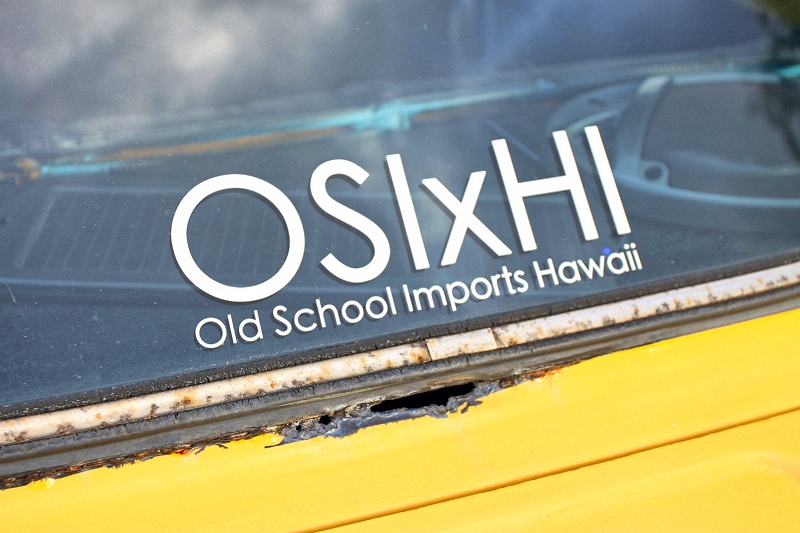 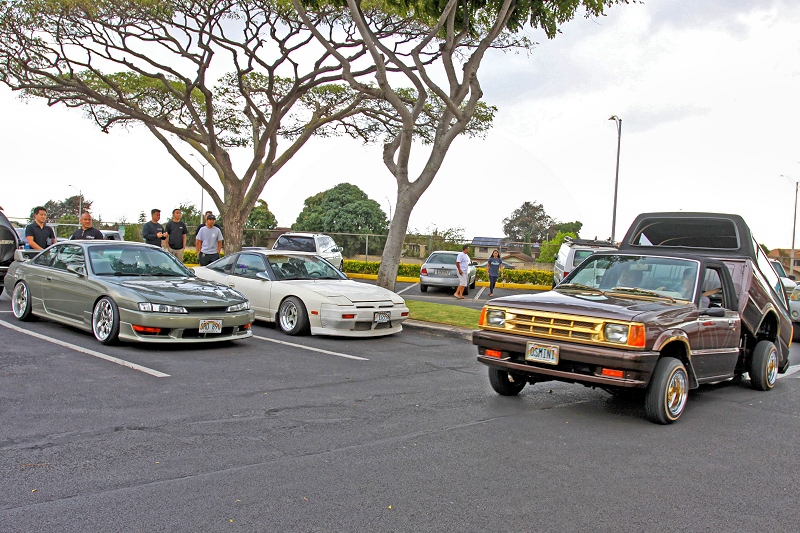 Cruising into the future and into the OSIXHI “Da boys are back in town” Meet was Kenny Mar of Childhood Dreams Car club with his lowrider styled Mazda B2200 sporting a custom paint job with ghost graphics, wire wheels, gold plated accents, custom interior, and a custom hydraulic bed rack. Fast fact: This truck was owned & built by Dave Abille of Rock Bottom Car Club back in the 90s when lowriders reigned supreme in the streets here in Hawaii Nei. The hydraulic suspension which dates back to the 90s was installed by it’s owner Dave Abille, and the bed rack was installed by Richard’s Hydraulics in Salinas, California. Dating back to the 90s is also the patterns that can be found throughout the paint job which was done by Dennis of Cosmic Airbrush. Dave Abille’s Mazda B2200 was also featured along side fellow club members of Rock Bottom Car Club in a locally produced music video back in the 90s in the video “Sweet Okole” by Hawaii’s pop boy band sensation The New Generation 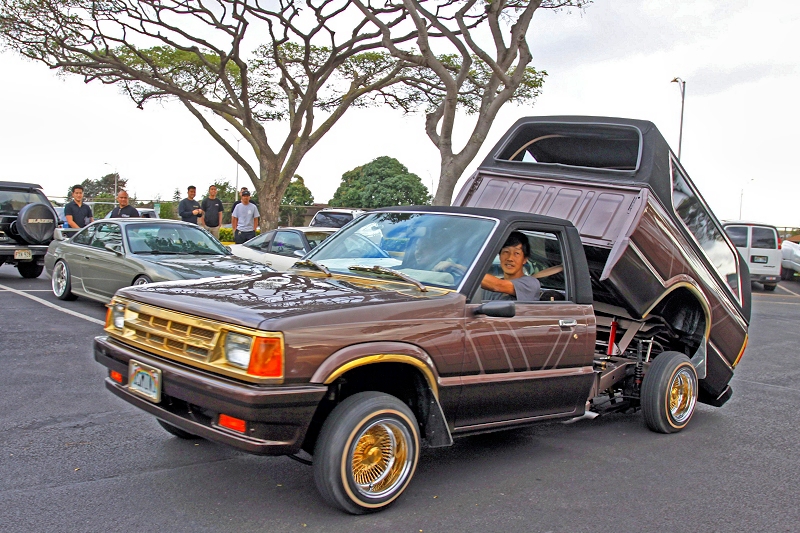 Before heading home, I decided to stop by the nearby Mountain Magic Shave Ice food truck and picked myself up a full custom one off shave ice smothered in condensed milk, azuki beans, and mochi balls. No insurance, no recon, no safety need lmao 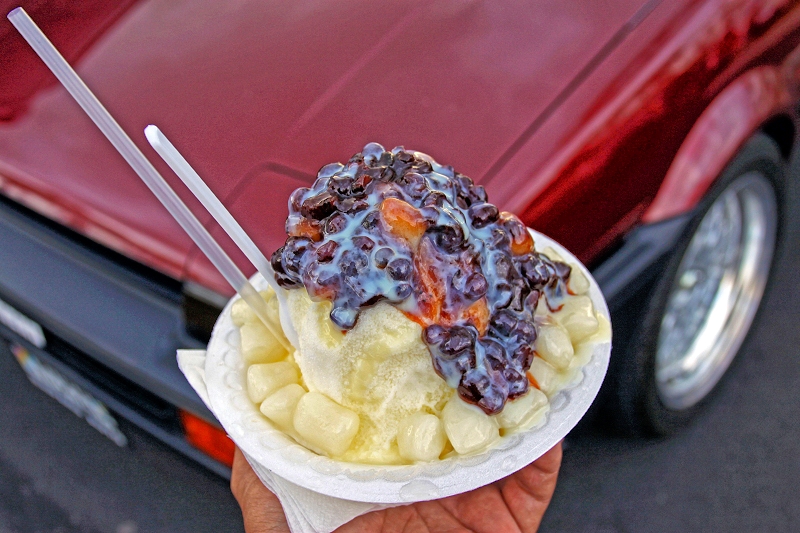